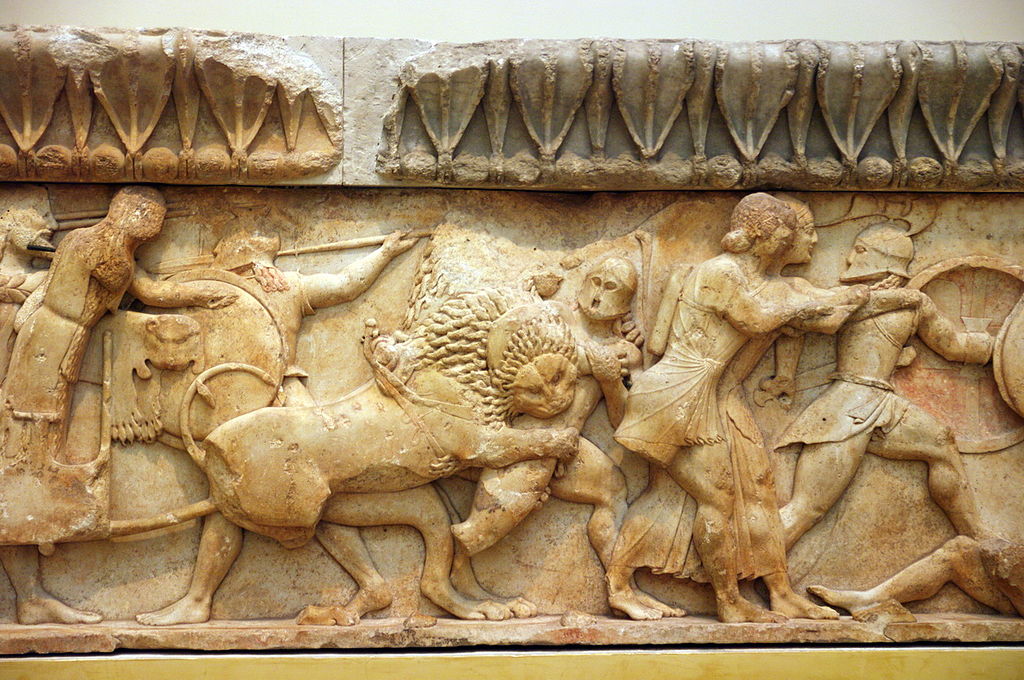 There was no sacred book comparable to the Bible or the Koran in ancient Greek religion; the closest the Greeks came were the works of Homer and Hesiod, both of whom provided written theogonies (divine geneaologies) that included the attributes and offices of the major deities (cf. Herodotus Histories 2.53). There was not even a canon of myths; there were differences between accounts of particular gods and heroes depending upon writer or city-state, and some cults do not appear to have had a particular myth, or story, associated with them, a feature Robert Parker refers to as “cult without myth”.

This chapter will introduce you to the poets Homer and Hesiod, our earliest and most important sources for the origins of the Greek gods and their relationship to humans. Homer and Hesiod both lived during the Archaic period, c. 750-650 BCE, and each produced lengthy poems, which were first sung to audiences (the standard mode of transmission during this period). Chapter 2 of the sourcebook provides excerpts from Hesiod’s Theogony and Homer’s Iliad. Reading 1, below, provides a general overview of Greek creation myth. Reading 2 provides an overview of Greek religious beliefs and practices (these will be discussed further in subsequent chapters). Reading 3 provides a more detailed analysis of Hesiod’s work, context, and reception by later poets and philosophers.

Tasks: Complete the readings, below, then go to the Blackboard course page. Don’t forget that you’ve also been assigned primary source reading: Greek Religion, V. Warrior, Chapter 2: pp. 13-33. Take the Module Test and contribute to Discussion Topic 1. Keep in mind that you have TWO WEEKS to complete Module 2.

NB: You will be tested on Readings 1-3. Discussion Topic 1 refers to the assigned reading from the sourcebook.

Weblink (for information only): Homer and Hesiod (documentary)

Reading 1: “The Beginnings of Things” (Chapter 2), in The Routledge Handbook of Greek Mythology (2003)