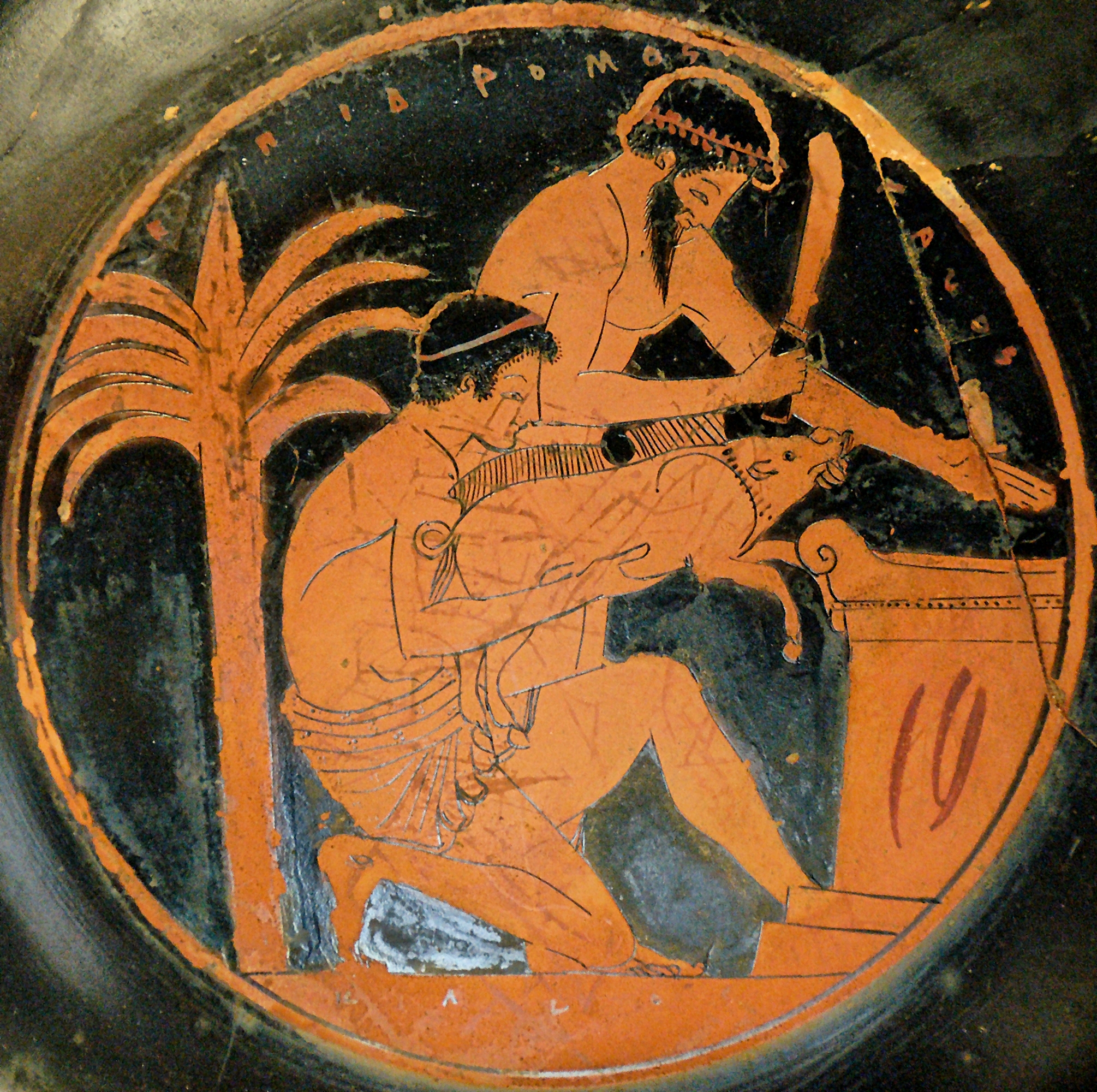 This chapter examines two related activities that were integral to Greek religion: sacrifice and festivals. The Greeks believed that gods and heroes demanded sacrifice as part of their worship. The sacrifices often, but not always, took the form of live animals, typically goats, pigs, or other common farm animals. The animals would be slaughtered on an altar and then the carcasses would be prepared and roasted on a spit or boiled in a large pot over a fire. Of course, gods and deceased heroes did not actually partake in the meal, but the Greeks believed that they enjoyed the smell of the roasting meat (who doesn’t enjoy the smell of a good barbecue?).

While sacrifice was considered important to the worship and appeasement of gods and heroes, the ritual, including the shared meal, was also important for community cohesion. Most Greeks were relatively poor and it is not unlikely that one of the only times the average person had the opportunity to eat meat was at an animal sacrifice. While these were solemn events, the Greek people no doubt looked forward to these rituals as part of their annual calendar.

The readings in this chapter provide detailed descriptions and analyses of sacrifice and its importance to Greek religious practice. This chapter also includes information about some local and panhellenic festivals, such as the Greater Panathenaia, the Olympics, the Dionysia, and the Mysteries. These festivals were not isolated events, but fit into the broader fabric of Greek society with their focus upon activities such as athletic and dramatic competition (the Olympics and Greek drama actually arose out of religious ritual).

Tasks: Complete the readings, below, then go to the Blackboard course page. Don’t forget that you’ve also been assigned primary source reading: Greek Religion, V. Warrior, Chapter 4. Take the Module Test and contribute to Discussion Topic 4. You have TWO WEEKS to complete this Module.

NB: You will be tested on Readings 1-3 (Reading 4 is recommended but optional). Discussion Topic 4 refers to the assigned reading from the sourcebook.