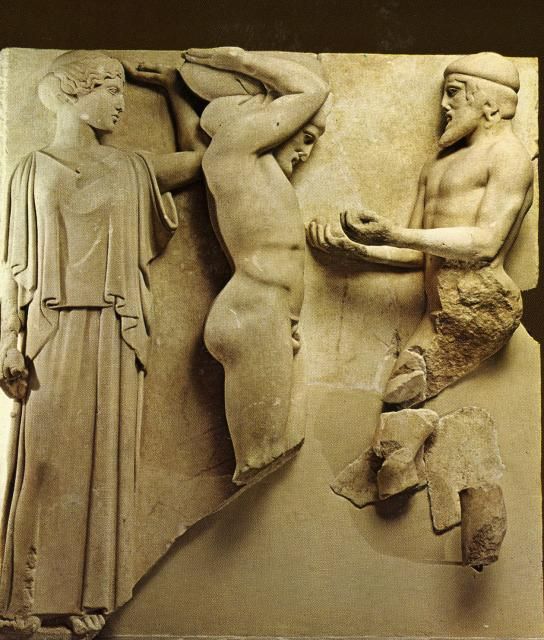 When considering Greek heroes it is important to recognize that hero worship was a part of Greek religion; stories of heroes were not just for entertainment. Not only did the Greeks have a rich tradition of myths involving great heroes and heroines, such as Herakles, Achilles, and Helen, the Greeks also worshipped heroes in some of the same ways that they worshipped gods (though, as we shall see, there were also important differences between god and hero worship). The Greek countryside was littered with heroa (hero shrines), some for recipients who are well-known to us today, such as Odysseus and Agamemnon, and others for heroes who have left little trace in the extant sources. For instance, some of Athens’ eponymous tribal heroes, such as Oineus and Pandion, are largely unknown aside from their names. Some inscriptions simply refer to anonymous local heroes as “Young Man” or “Gate Keeper”.

It is also important to stress that the Greek conception of “hero” (hērōs in Greek) was in many ways very different from the modern understanding of the word. Most notably, Greek heroes were not necessarily good people. Goodness, or morality as we might conceive of it, was not expected of heroes (or gods for that matter). Greek heroes committed murder, assault, and other types of physical violence and often left fatherless children in their wake. What was important was not so much that heroes behaved justly but rather that they were powerful and strong and achieved great things. Indeed heroes, much like gods, were terrifying in their strength and power and could easily overcome regular mortals and even monsters. That said, heroes were seen as important precursors to our age and were often worshipped in thanks for the various kinds of assistance they provided. They sometimes did things that helped regular mortals (whether purposefully or inadvertently), such as rid lands of terrifying beasts, found cities, and even civilizations. Heroes were also sometimes worshipped simply out of fear of what they might do if ignored. Above all, heroes expected to be remembered and honored and woe betide anyone who neglected to pay them their due.

The readings in this chapter focus upon the characteristics of heroes and their importance to Greek religion. In particular, the readings stress the differences and similarities between heroes and gods and their worship. The readings from the sourcebook provide epigraphic and literary examples of primary sources for heroes and depict both panhellenic and local heroes.

Tasks: Complete the readings, below, then go to the Blackboard course page. Don’t forget that you’ve also been assigned primary source reading: Greek Religion, V. Warrior, Chapters 8.16-20 (Olympic “heroes”), 10.17-21 (Heracles), and 14.8-11 (Theseus & Orestes). Take the Module Test and contribute to Discussion Topic 3. You have TWO WEEKS to complete this Module.

NB: You will be tested on Readings 1-4. Discussion Topic 3 refers to the assigned reading from the sourcebook.

Reading 2: “Annexe: Heroes and Heroines”, in Polytheism and Society at Athens, R. Parker (2006)