Below is a model MLA Works Cited with correct spacing and formatting.

Note that an MLA Works Cited 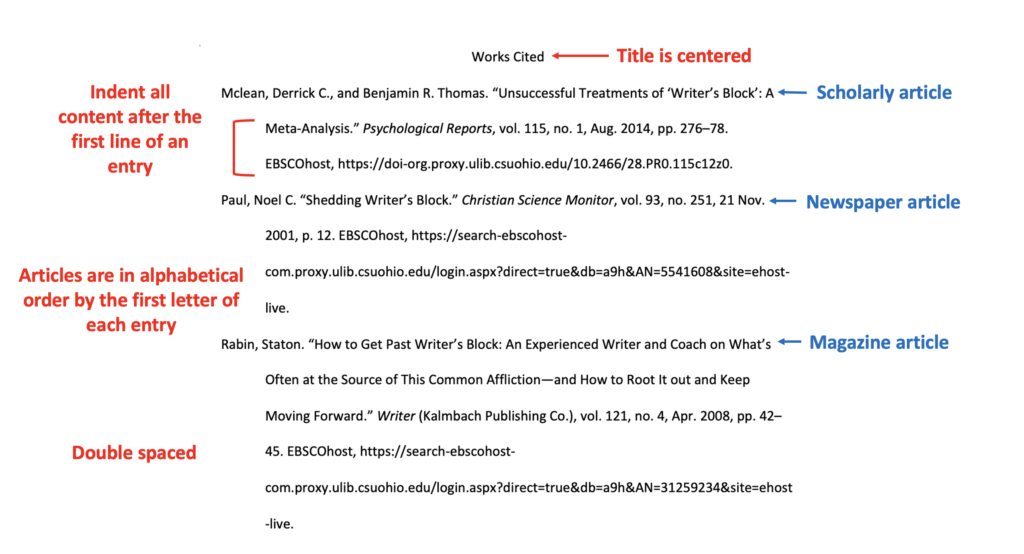 A Guide to Rhetoric, Genre, and Success in First-Year Writing by Emilie Zickel and John Brentar is licensed under a Creative Commons Attribution-NonCommercial-ShareAlike 4.0 International License, except where otherwise noted.