The Empire of Cotton A Global History 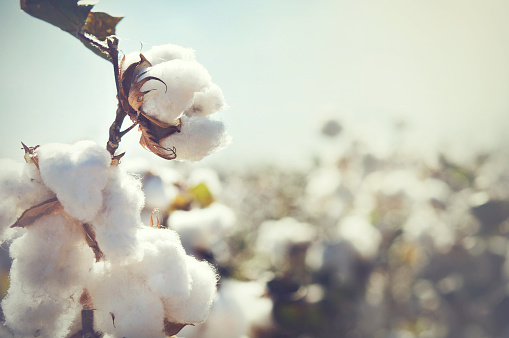 Economic history, Social history, Political History, and how it connects to the history of Capitalism

Europe, Africa, South America, North America, and other parts of the world,

The map focuses on Europe and on England. 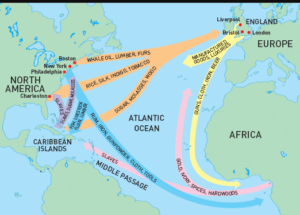 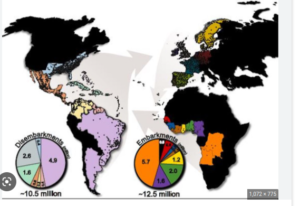 Author Sven Beckert was able to understand how capitalism was shaped by the cotton industry. “Sven Beckert’s rich, fascinating book tells the story of how, in a remarkably brief period, European entrepreneurs and powerful statesmen recast the world’s most significant manufacturing industry, combining empirical expansion and slave labor with new machines and wage workers to change the world”1. The cotton industry also connected places such as Europe, Africa, and America. The cotton industry changed the world by connecting Europe to Africa and Africa to America. The enslaved people from Africa were brought to America by European merchants. The main purpose of the slave trade was to get free labor and overall cotton from the Americas to the factories in Europe. As the cotton empire became more profitable slavery in Africa increased.

The cotton industry connected more than just people, cotton, and money. The exploitation of enslaved Africans and the profit made from selling raw cotton to factories led to the creation of “Railroads, canals, newspapers, and the telegraph dramatically lowered travel times and spurred the spread of information. These innovations prompted the emergence of mass political parties and stimulated America’s economic development from an overwhelmingly rural country to a diversified economy in which commerce and industry took their place alongside agriculture. In his story, the author weaves together political and military events with social, economic, and cultural history”2. Without cotton, the world would not have been so connected during this time and some industries might not have existed.

Sven was inspired to tell the story about the history of cotton to shine a light on the work of “planters and enslaved workers, manufacturers and wage laborers, the center of the British Empire and colonies and, later, developing nations”5. This was to expose the horrors of how people were exploited while others became rich. Such as the “millions of unmanned workers”6 who lost their lives and identities for the sake of cotton.

The problem with an expanding world is the way it happened. Empire of Cotton a Global History offers “a dark story of capitalism, born of worldwide empire and violence. The book is a triple threat: it insists that the Industrial Revolution would never have happened without external trade, that the rise of industrialism and factory labor would never have transpired without the spread of slave labor, and that cotton was a commodity that made an empire and thus the world economy”3. So, thanks to violence, exploitation, money, and capitalism, we have everything we see today. Such as machines, clothes, better communication, and bigger cities.

Histography is the study of historical writing. And Beckert showed this historical connection by attributing almost omnipotent powers to “cotton capitalists” to manipulate events around the world. But all too often he portrays interests that were at odds with one another as working in a united front; all too often he asserts historical actors behaved in ways fitting his story rather than as they did. Beckert writes: “Europeans became important to the worlds of cotton not because of new inventions or superior technologies, but because of their ability to reshape and then dominate global cotton networks”4.